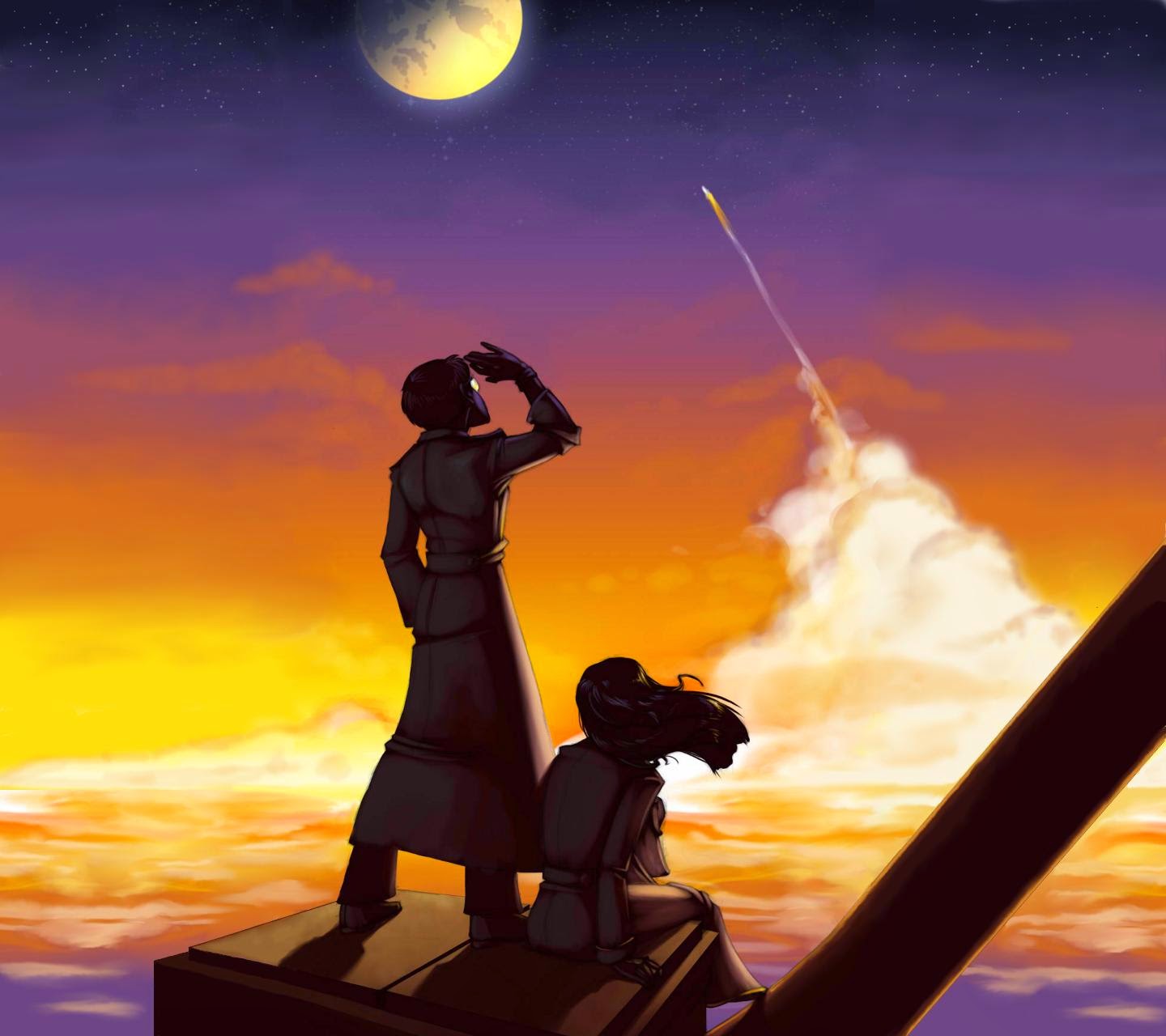 In the last few years, pixelated games seem to have made a pretty strong comeback, much to the delight of older gamers, who fondly remember the 8/16-bit gems of ages past. And yet, even in the middle of this pixel revolution, the name RPG Maker still seems to carry a negative connotation strong enough to keep many potential players at bay.  This is where To the Moon comes in.


Made by Freebird Games, To the Moon is pretty much a story-driven game. Truth be told, the gameplay is very simple, and it consists of walking around in a 2D world looking for objects and talking to characters, which…sounds like every RPG ever. However, save for a humorous moment near the start of the game, there is no battling in here.

In the not-to-distant future, science has created a machine capable of replacing real memories with fabricated ones. However, since this technology is much too dangerous to the recipient, it is only used in people at the end of their lives. If someone wishes they had lived a different life, then that someone’s memories are copied into a computer, manipulated according to the person’s desire and then uploaded back into the person’s brain, replacing the existing ones. This is where our two intrepid scientists, Eva and Neil come in. They have been called by Johnny, an old man in his deathbed. And Johnny’s wish is, of course…to go to the moon.

So, to fulfill a person’s wish, Eva and Neil must go back to a point where they may alter the course of that person’s history, which is often early in life. The problem is, the starting point is the person’s most recent memories, and since older memories fade away with time, to be able to reach far enough, you will need to perform memory leaps, each leap taking you further back into the past. To perform leaps you will need to find memory links, which are key objects that may be used to trigger older memories.
So, the game comes down to this: you control Neil and Eva in turns, as you navigate Johnny’s life, except backwards. This brings me to one of the game’s aspects that hit me the hardest.

We all know that it takes a while to warm up to a person, and To the Moon does a great job of pushing your (emotional) buttons the right way. At first, Johnny’s life seems really ordinary and bland, he has a wife, he has his problems and worries and he goes on. But as you keep progressing through the game (and through Johnny’s life) you soon realize that you are watching a train wreck backwards. The more you warm up to Johnny, the worse his life gets, meaning that every major event will hit you harder than the previous one. This keeps going until the end, where everything that you didn’t want to happen starts to happen, and you start to feel like you don’t want to watch the rest of the train wreck, while at the same time being really expectant as to how everything unfolds. And that’s all that I’ll say.

There are also several memorable moments of humour in the game, both silly and smart, as well as several references to other games or movies. The puzzles are simple and the game is pretty straightforward. Bonus points for what I found to be a great soundtrack, specially taken into account that this is an RPG Maker game. Vocals are done by a Youtuber that I have known for a while, Laura Shigihara, and the soundtrack is bundled with the game and you can fetch it from the game folder, both in MP3 and FLAC format. The game also includes a short extra episode, also located in the game folder, which shows Eva and Neil, some time after the events of To the Moon, reflecting about whether what they do is right or not, and developing their relation a bit more.

That being said, the game does have some rough edges. Being an RPG Maker game, it has all the flaws inherent to a game of the kind, such as low resolution, forced fullscreen mode, no graphical options whatsoever and a wacky support for controllers. It’s also difficult to say which object you can or cannot walk through at several points in the game. Even though the game only uses keyboard prompts, I played through it using the Xbox360 controller, and had a hard time getting used to the fact that unless I was pointing the analog perfectly in one direction, the character would sometimes wander in different directions. The fact that the d-pad did nothing didn't help either.

If you like heavily story-driven games and emotional stories then play this. If what you want is gameplay to last you for hours, you might want to go look for something else.

And since, as always, I don’t like to read reviews by people who barely play the games either, here are my stats: