The Midnight Witch, by Paula Brackston 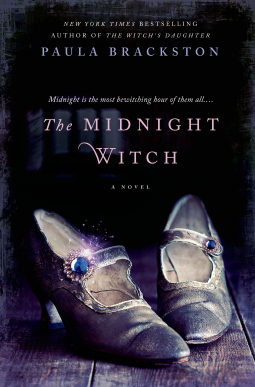 "The dead are seldom silent. All that is required for them to be heard is that someone be willing to listen. I have been listening to the dead all my life."


Lady Lilith Montgomery is the daughter of the sixth Duke of Radnor. She is one of the most beautiful young women in London and engaged to the city’s most eligible bachelor. She is also a witch.

When her father dies, her hapless brother Freddie takes on his title. But it is Lilith, instructed in the art of necromancy, who inherits their father’s role as Head Witch of the Lazarus Coven. And it is Lilith who must face the threat of the Sentinels, a powerful group of sorcerers intent on reclaiming the Elixir from the coven’s guardianship for their own dark purposes. Lilith knows the Lazarus creed: secrecy and silence. To abandon either would put both the coven and all she holds dear in grave danger. She has spent her life honoring it, right down to her engagement to her childhood friend and fellow witch, Viscount Louis Harcourt.

Until the day she meets Bram, a talented artist who is neither a witch nor a member of her class. With him, she must not be secret and silent. Despite her loyalty to the coven and duty to her family, Lilith cannot keep her life as a witch hidden from the man she loves.

To tell him will risk everything.

I received a copy of this book through NetGalley for an honest review. As such, the published book might differ.

Meet Lilith Montgomery. Twenty-one and daughter to a duke, the future that was planned for her since childhood meets her head on at the death of her father. Just like he, Lilith is a witch, a necromancer, of the Lazarus Coven, and it is her duty to take his place as their leader.
Meet Bram Cardale. A young man from Yorkshire who has no magic. Well, none other than that of art and of a perceptive mind.

In London they meet and in London they undertake a dangerous passion, for it is 1914, and there is another war looming in the horizon. One that is not fought with guns.

The Midnight Witch is part of a series of stand-alone books revolving around witches. I have not read the others but I fear I have little interest in doing so.

The premise for this book caught my eye in a split second. Stories about magic and with magic have always been some of my favorites, and this one sounded amazing. Aristocracy, magic in general, necromancy, early 19th century,... and what I hope to be little romance. There was little mention of it in the sinopsys and it sounded like Lilith had too much in her hands to care for love that much. I was wrong. It was the most prominent thing in the book. It would have been okay if the book was written in another way as I do love a good romance but this one did not enchant me.

The writing itself was descriptive to the point of exaggeration, filled with a bad ratio of telling versus showing. The flunctuation of tenses and persons was, at best, confusing, and the constant internal monologue off putting. A shame as the writing itself is lyrical, and it is clear that Brackston means to bring the world out of its pages by adding focus to sounds and shots of details characteristic to cinema, which she is quite good at.

The main characters did little for me too. Although the side characters were interesting and varied and I wanted to know more of them, Lilith and Bram felt plain. Or perhaps it was their romance that made me seem them as such. After all, this "romance" is not only a cliche but it springs from very nearly nowhere. There was no building up, no nothing. And yet these two strangers are meant to be perfect for each other. Indeed they are so smitten that Lilith trampled too many rules of the Coven for him in dangerous times when stability is of the utmost importance.

Or at least, that's what the characters tell us. The danger was not palpable. Certainly there was something there, but it was all subdued and rather anticlimatic. With magic and necromancy at hand, one would expect more ghosts, spirits and/or zombie like creatures to get into play. But alas, they did not. Another factor that led to this was the lack of a cohesive plot. The narrative would jump from one plot point to the other, breaking the flow and patchy pacing of the story.

This book is anything but a masterpiece. Brackston attempts to recreate the changes in the early 20th century, to join magic with fact, and falls flat. And yet, I did like reading it, but more in a light reading sort of way. In the end, I suppose that if you're a romance book lover you'll enjoy the ride. However, if you prefer only a little romance in your supernatural then... don't bother. There are other books out there.

"No one, however handsome, however clever is to be trusted entirely."
Written by Tess @ Tessellated Tales